“Menstruatin’ With Satan” Houston Drive was a Huge Success 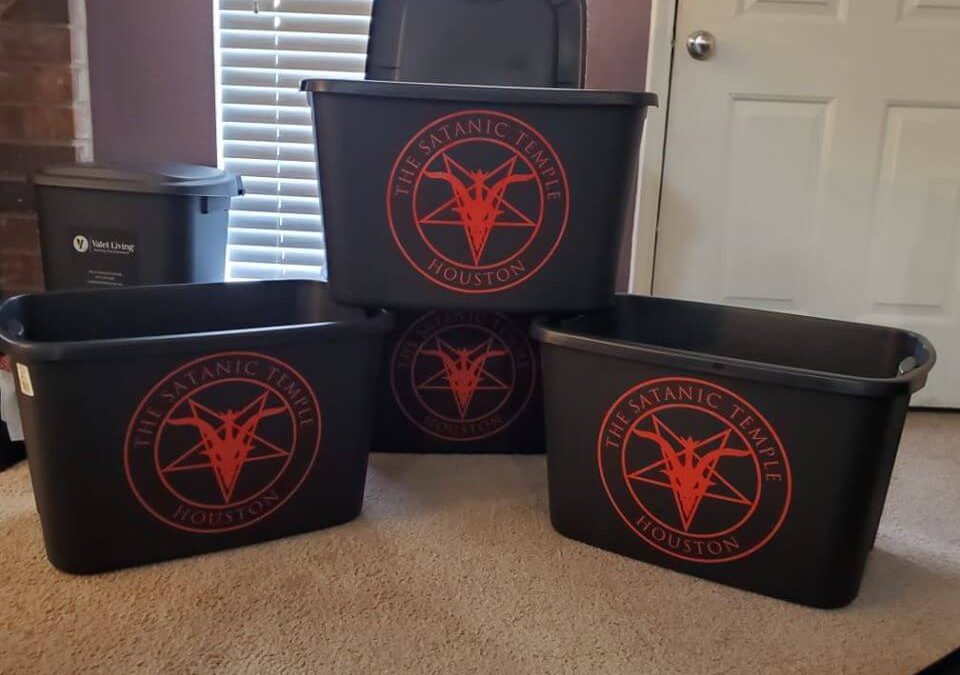 The Satanic Temple Houston participated in its first “Menstruatin’ With Satan” drive through the months of June and July 2019. The drive collected a total of 16,337 menstrual products which included tampons, liners, pads, and cups. Donations came from many Houston area citizens and from supporters as far as Friends of The Satanic Temple Oregon. The collections were given to local organizations: The Montrose Center, Homeless Outreach Providing Essentials for Houston, and Team Brownsville.

The Satanic Temple (TST) Houston chapter members set up an online Amazon Wishlist and found several local businesses willing to host physical donation boxes placed and maintained by chapter members. The drive was announced via fliers, Facebook and Twitter posts that generated a lot of interest. Some were baffled as to why a Satanic group would want to do a charity event.

“We’re Satanists, not assholes,” says Chapter head Jon Winningham, “We really wanted to give back to our community in a way that other religions might not. Unlike some religious philosophies, we don’t have any taboos against something as natural as menstruation.”

The Satanic Temple tenets guide their members to act with empathy towards others, fight injustice, and support science. As science tells us, menstruation is a biological process that occurs regularly for many women, transgender men, and the nonbinary community. Poverty, homelessness, and a lack of resources and familial support often hinder people with periods from access to menstrual hygiene products. This drive addresses those injustices by collecting period products for individuals who may receive support through local charities that empower ALL members of the Houston community to enjoy healthier and more fulfilling lives without judgment.

The Satanic Temple Houston would like to thank local Houston businesses who hosted boxes: