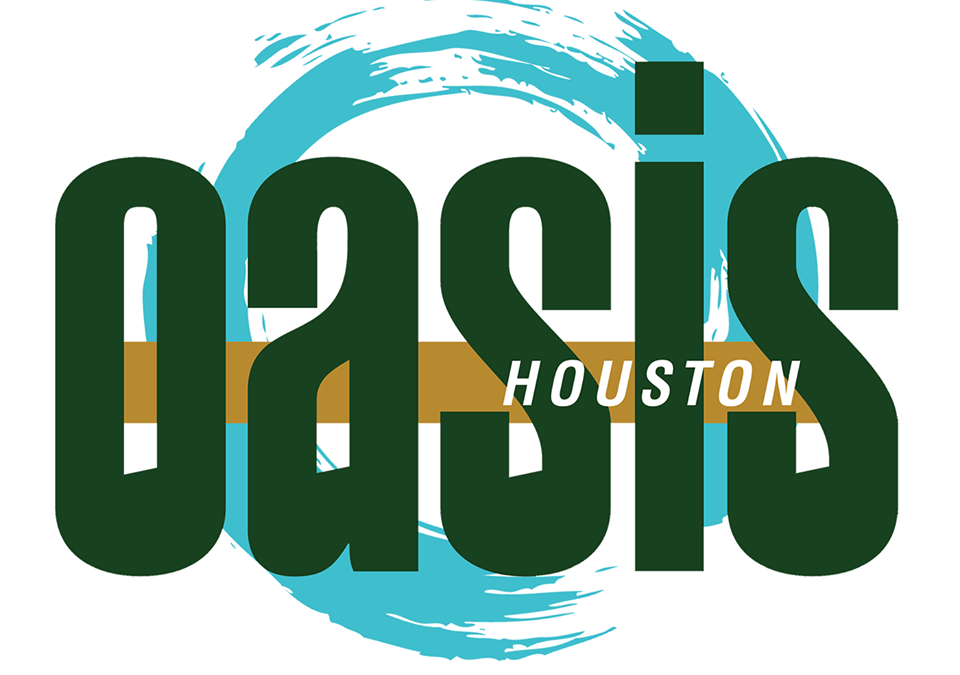 The Satanic Temple Houston’s chapter heads, Jon Winningham and Shannon, were the guest speakers at a Houston Oasis meeting on Sunday, February 23, 2020 in the Hillcroft area of Houston. Houston Oasis describes itself as “a secular community that meets weekly to enjoy fascinating talks, live music, and friendship.”

The meeting opened with coffee, donuts, acoustic guitar, a brief sermon about the importance of voter registration, and an enthusiastic “Hail Satan!” from Josh, a chaplain and an Oasis event organizer. Jon and Shannon briefly introduced themselves and asked a question of the group: “How many of you are a little uncomfortable with us being here?” A few hands went up.

“If you aren’t made uncomfortable, then you will never change your world view.” 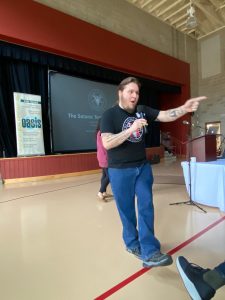 Jon and Shannon gave an overview of The Satanic Temple as a whole, displaying its Seven Tenets and holidays. They presented several international initiatives, including the upcoming rally for reproductive rights on April 18th in Utah and the Grey Faction’s fight against pseudoscience. Local initiatives were also presented, such as Menstruatin’ with Satan, Left Hand Illuminations: Visions of the Occult, and TST Houston’s controversial Black Mass held in November of 2019.

Shannon spoke on TST’s status as a non-theistic religion. She described how, in academia, the definition of religion once hinged on the worship of a deity, an explanation that excluded several legitimate traditions. Today, religion is defined as a group of people sharing the same beliefs and practices. “Yes, we really are a religion,” Shannon clarified.

Jon opened the Q&A session with the most common question asked of TST speakers: “Why Satan?” He explained that Satanism was more than the absence of belief, but an active embracing of the status of outsider and the literary Satan of Romantic literature, the adversary who fights against all arbitrary authority. Jon asserts that the cry of “Hail Satan” is an affirmation of self.

Questions from the congregation followed alongside sometimes pithy statements poorly disguised as questions. Topics broached included TST’s relationship with other Satanic groups, including the Church of Satan, TST’s relationship with pagan groups including Wiccans, how to join, and TST Houston’s position on the anti-vaccination movement. After the questions wrapped up, Jon and Shannon, along with some audience members, ended with an enthusiastic “Hail Satan!”

By Casey with reporting by Austin D.